Although classic theory predicts that local ecological interactions can produce large-scale ordered patterns, the frequency of such patterns in real ecosystems remains under-appreciated, and the ecological consequences of such patterns are virtually unstudied.

I was first drawn to this topic via my work at Mpala Research Centre in central Kenya, where mounds of Odontotermes termites occur in strikingly regular hexagonal-lattice distributions (see image at right). Unlike many kinds of termite mounds, these ones are densely covered with grass. The density of these mounds varies across the landscape (as a function of resource availability, among other things). But in all locations, the mounds remain highly over-dispersed (i.e., the distances between neighboring mounds are much greater than expected by chance). But who cares about that?

My initial interest was in the communities of tree-dwelling lizards and arthropods — spiders, beetles, and many more — that inhabit trees at this site. I noticed that the abundance of all of these animal species were much greater within 10 meters of termite-mound edges, and then decreased sharply towards a lower baseline value as distance approached 30-40 m. That finding suggested that termite mounds acted as “ecological hotspots” of high plant and animal productivity.

The question, again, was why this actually mattered in the context of the broader ecosystem — were there any emergent effects of these patterns that could not be understood from studying individual mounds? To get at this question, I worked with Dan Doak on a series of model simulations based on empirical survey data. In one set of simulations, we looked at how the observed, highly regular distribution of termite mounds affected the total abundance of wildlife throughout the landscape; in another set, we arbitrarily randomized mound placement and asked whether total wildlife abundance in such a “random landscape” could be as high as that in a regularly patterned landscape. 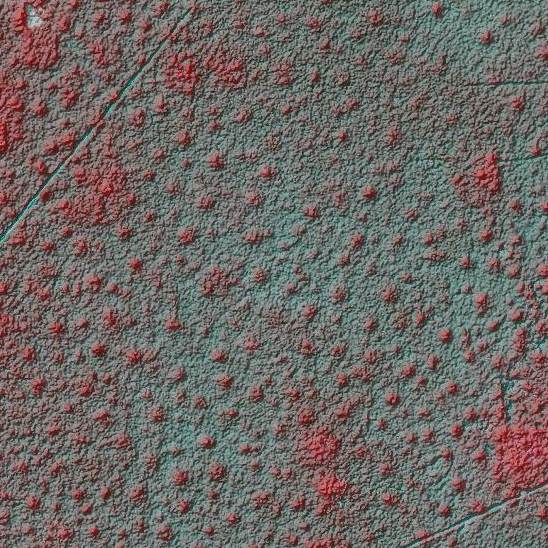